be a homeomorphic copy of the unit

is the shrinking wedge (one-point union) of

-spheres. Sometimes, this is just written as

. In particular, the underlying set of

is the underlying set of the usual infinite one-point union

for all but finitely many

-dimensional earring is defined as the following subspace of

is a “convergent sequence” where the non-isolated point

is a convergent sequence. The basepoint, is the limit point illustrated as the larger blue point.

is the usual earring space. 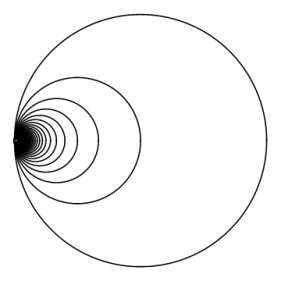 is a shrinking bouquet of 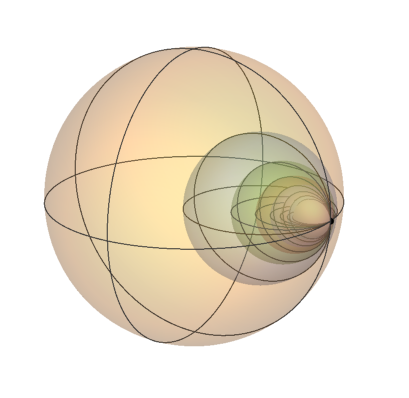 is sometimes called the Barratt-Milnor Sphere.

has been referred to as the “n-dimensional Hawaiian earring” in the literature; however, there is substantial movement by experts to move away from using this term.

. It is a highly non-trivial result of Eda-Kawamura that this homomorphism is actually an isomorphism. Hence,

is isomorphic to the Specker group

, the isomorphism type of

is unknown although it is known that it splits as